Debra Finerman is an American writer who lives part-time in Paris. She is the author of three novels and co-author of LEURS VINS PRÉFÉRÉS Their Favorite Wines- who drinks what? YOU LUCKY DOG is a humorous novel for dog lovers and human lovers. SHADOW WAR, her second novel, is a WWII tale inspired by plaques seen on walls throughout Paris dedicated to the brave Resistance Fighters who died on the spot, shot by Nazi patrols. During research for this book, she traveled to the Imperial War Museum, London and Resistance Museums in France. She met former members of Resistance groups. Espionage is familiar to her as her uncle was a CIA agent. Her first novel MADEMOISELLE VICTORINE, published by Random House, has been translated into six languages worldwide. Debra is a former journalist for Capital Style, The Hollywood Reporter monthly magazine, Beverly Hills Today and Beverly Hills Magazine. Her articles about France are published in the online magazine, myfrenchlife.orgTM.

A graduate of UCLA, she earned her academic degree in Art History and Connoisseurship at Christie's, New York. She holds a diploma from Chateau de Pommard, WSET2 graduate with distinction in Oenologie. 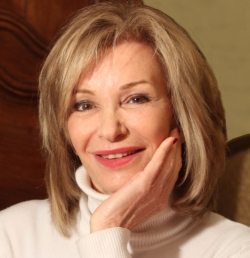 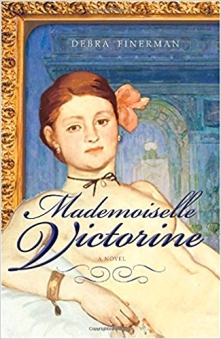 Mademoiselle Victorine
When Victorine Laurent joins the chorus of the grand Paris Opera ballet, she expects to become the mistress of a wealthy man; this is how young women without family survive in the decadent City of Light. Yet when the artist Degas introduces her to Edouard Manet, her life changes dramatically. She agrees to pose for him, and the result is a painting that shocks Paris. Overnight, Victorine becomes the city’s most sought after courtesan.